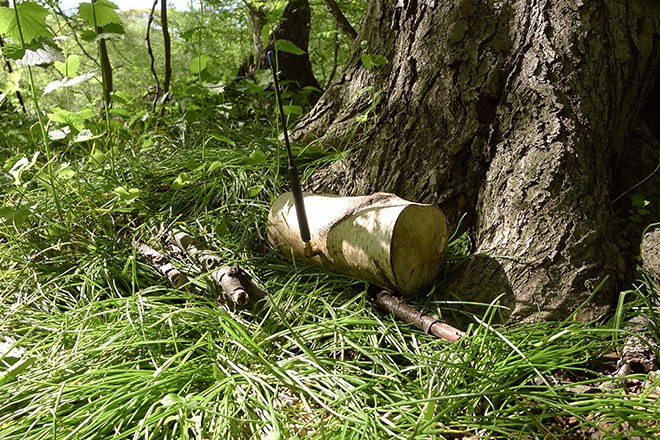 This is a cellphone jammer put in a log in the woods, in order to create a safe space in nature. It was tested in the lab (no illegal shit) and was a part of my Master’s thesis at ITP. Part of this project was largely inspired by this Deleuze quote, which went viral on my tumblr: 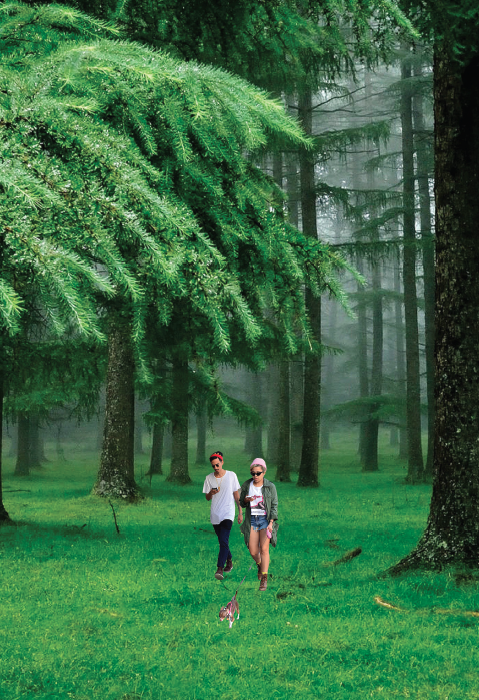 A plane flight used to disconnect us from technology, a walk in the woods and we were alone – yet the subways will soon have cell service and even Canada is putting wifi in all of its national parks. And so we’re at a place where everyone is constantly saying everything…but no one has anything to say.

Who cares if we have endless information, if we’re constantly connected, if we can’t deal with it? How can anything change if we don’t talk to each other, work together? Because really, the problem is no longer getting people to express themselves, but providing any miniscule gap of solitude in which they might eventually find something to say.

The log jammer provides a safe space in the woods, a right to be alone. What a relief to have the right to say nothing, because only then is there a chance of framing the rare, the thing that might be worth saying.

American phones operate on two different spectrums – GSM-850 and GSM-1900. This “cellphone jammer” creates noise at a specific radio wavelength so that cell transmissions can’t go through. I chose 1900 because that’s what my cell phone is on and doing both would be way too much work. Here’s a link to see it in action.

I then went through dozens of design iterations a pcb design software program called Eagle. You can see some of those iterations here and here. I also put it on Github. logjammer

And just as urban infrastructure (a cell phone tower) is often disguised as a natural environment, I did the opposite – a jammer in a real log in real woods. 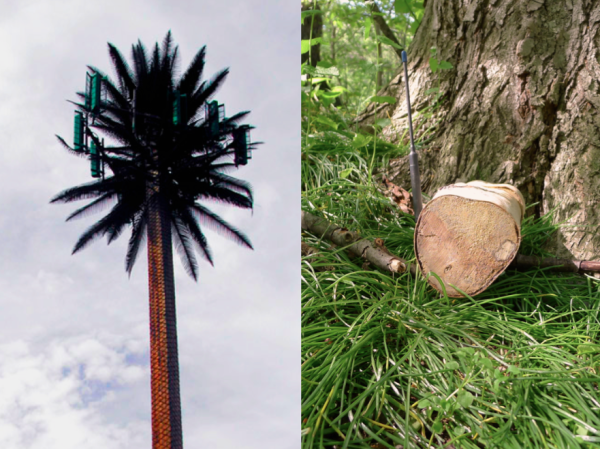 Many thanks to Eric Rosenthal, scientist-in-residence at NYU-ITP, for his guidance and direction.

Recently in WIRED and VICE Germany.